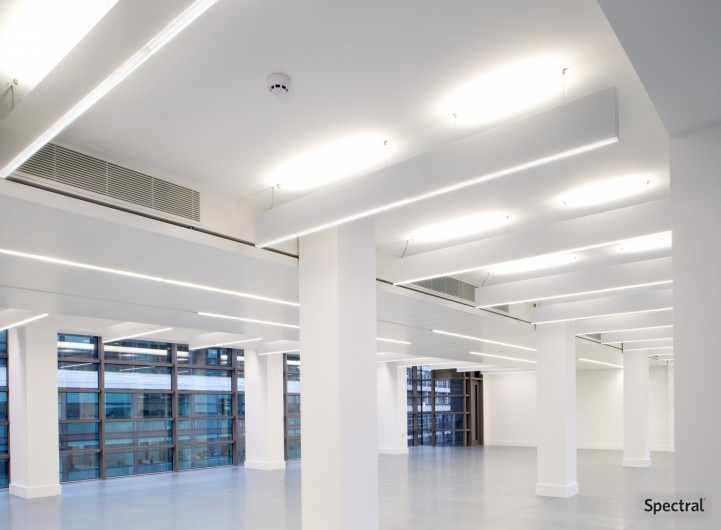 20 Midtown was originally built in mid 1960s and although the building has undergone a series of refurbishments since, much of the existing structure and servicing strategy remained. The most recent refurbishment on the MEPH systems was carried out in 2003, with the installation of a 4 pipe fan coil system with plant at roof level. Subsequent tenants had added further cooling in a piecemeal fashion and the result was a hybrid of systems which had both poor environmental control and low efficiency.

The initial vision was to replace plant on a like for like basis, however we carried out a dynamic thermal assessment and established that the cooling plant could be much reduced and that a VRF type system would be more appropriate. The ultimate MEPH layout was structured to follow the ‘rhythm’ of the interior and set out in bays. This allowed for better control in more compact zones and simplified future fit out and cellularisation.